Welcome aboard, GFS! Our Wealth team is growing.

What is Aged Care: Everything You Need to Know

6 Advantages of Hiring a CFO for Your Small Business

Underpaying Your Employees? Woolworths and the $300 Million Mistake

Earlier this month, Woolworths became the latest in a string of companies that have admitted to underpaying staff. In a statement released to the media, Woolworths said it discovered the underpayments had affected around 5,700 employees, although the number could rise after the completion of its internal review.

Woolworths elaborated: “Annual salaries for store team members are set to cover ordinary working hours and reasonable overtime. However, team members are entitled to be paid the higher of their contractual salary entitlements, or what they otherwise would have earned for actual hours worked under the GRIA. The review has found the number of hours worked, and when they were worked, were not adequately factored into the individual salary settings for some salaried store team members.”

What could cause such a glaring error by a reputable company? And what can you do to make sure such a mistake doesn’t happen in your business?

Woolworths recently conducted a two-year review to evaluate its new enterprise agreement, but they could have found the error any time since the implementation of the modern award in 2010. And the sooner they would have found it, the easier the problems would be to untangle.

In a public statement, the company stated, “The review has found the number of hours worked, and when they were worked, were not adequately factored into the individual salary settings for some salaried store team members.”

The underpayments were noticed when the implementation of a new enterprise agreement showed payment inconsistencies among long-time workers. Over the years, the company failed to keep pace with changes in awards. The result? Up to $300 million in underpayments for staff members.

Woolworths has reported the issue the FWO (Fair Work Ombudsman). Additionally, they’ve hired an accounting firm and a law firm to help with an internal review. They’re creating an “extensive plan” to fix the mistake and prevent future problems.

The investigative review involves scrutinising an excess of 11 million individual records per year across all its Australian businesses. Clearly, this effort is incredibly expensive and will have long-term consequences for Woolworths.

To remedy the problem, Woolworths intends to make interim back payments to affected staff identified in the initial review before Christmas. Woolworths states that full remediation will be made as soon as practicable to all other staff impacted.

Australia’s largest retailer will also start checking rosters for salaried staff each quarter to make sure staff members are paid correctly. A repeat of the underpayments affair could be catastrophic; this month’s scandal may cost Woolworths up to $300 million in compensation.

When underpayment goes back several years, as happened in the Woolworths case, repayment can take quite some time. For each staff member, an assessment must be done, which looks at the award rate daily. Minimum wage rates have changed over time, and the calculation of underpayments can be complicated.

And it’s not just a matter of making catch-up payments. Underpayment of superannuation benefits can incur significant penalties and charges.

Woolworths Isn’t the Only One

Several other companies have recently admitted to underpaying employees, likely to administrative error and confusion about modern awards for different classifications of industries and occupations.

It’s difficult to overstress the seriousness of paying employees at the correct rates. Not only can underpayments severely affect your bottom line and cash flow, but your company’s brand can suffer, even if the mistakes were innocent.

To confirm that your staff are paid at the correct rate, refer to the Fair Work Ombudsman’s pay and conditions tool. Since awards change at times, you’ll need to perform regular audits and reviews of your company’s wages and procedures.

We can help you with reviews and the implementation of processes that will protect you from underpayment scandals. Avoid costly fees and legal headaches associated with mismanagement of your payroll. To set up a consultation with one of our experts, get in touch with us at Altus.

Could Your Business Benefit from an Outsourced CFO?

Set your business on the right path with this simple guide.

Make sure you’re on the right track with this online checklist. 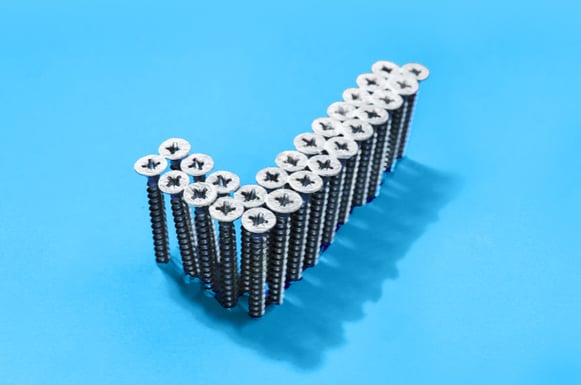 Have a question for Marc Walsh?

Connect with the author of this post and they'll get back to you.

How the Most Successful Entrepreneurs Start Their Day